Orangeboy was the only seventh grader to take the Scholastic Aptitude Test (SAT) on Saturday at the high school.  He was invited to take the test by the Duke TIP program for gifted students.  I wonder what all  hose high school juniors and seniors thought of the 4 foot 8, 60 pound seventh grader taking a college aptitude test along with them? 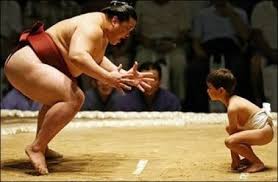 As for what Orangeboy thought of them : not much.    He had nothing at all to say about all those big students with which he spent half a day.   His first comment when I picked him up after the test; "Well, it was pretty challenging."   But he said "pretty" as if it mitigated "challenging" rather than as an intensifier.  This is the boy who, at home, will spoon food onto his plate and then ask me if he got enough or too much because, as he says, he's "not very good at estimating".   And yet, he can apparently tackle pre-calculus just fine.

Orangeboy's other big concern for the morning also had nothing to do with being around high school students, or finding his way around at the high school, or what he would do during breaks; but instead, he was interested in the rules posted on the door at the entrance to the building.  He stood in front of the poster and read them carefully before he went in - and then did the same after he came out four hours later.  Apparently he wanted to make sure he hadn't unwittingly violated any of the rules while taking the test.

And yes, this boy who took a four hour test, read every question, and didn't complain about being bored or tired out by it, is the same boy who cannot sit to watch a 30 minute television program and who doesn't like movies because they are too long and boring!

Go figure!  I know Orangeboy would be glad to.